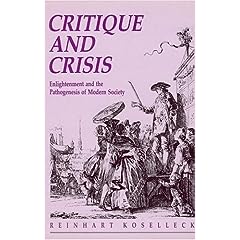 For a number of reasons I have become increasingly interested in explicitly ‘critical’ sociology. Of course some would say that sociology is inherently critical, and I would agree. By explicitly critical sociology I mean sociologists and sociologies that go out of their way to announce and establish their critical credentials.  Over the last few years I have been using the ideas of Critical Realism in an undergraduate module I teach on the Sociology of the Environment and more  recently I have got involved in a project with colleagues and students to produce an on-line student edited journal about Critical Theory. More generally I have been interested in what might be called ‘diagnostic’ sociology for many years. I would include under this heading Zygmunt Bauman, Ulrich Beck, Norbert Elias, and Anthony Giddens for instance. There are many others. All offer a socio-historical  account of today’s world and the the problematic position of individuals within it. All imply in one way or another, more or less nuanced, either a critique of modern society or the basis of such a critique. Given that the word ‘critical’ is used in a number of different contexts (the two identified above are the Critical Theory developed within post-revolutionary western ‘revisionist’ Marxism and Critical Realism as developed from the philosophical writings of Bhaskar in opposition to naive forms of realism and positivism in mainly the social sciences but with significant implications for ‘natural’ science as well) I have been discussing with my friend and colleague Richard Kilminster the possibility of writing a paper making the connections and outlining the differences with a view to informing a more concretely specified critical sociology. Needless to say Richard’s input has opened my eyes to a range of related issues and problems and so the paper will have to wait until I have more time for research (and hopefully persuade Richard to jointly author it with me). For the moment, following up one of his suggestions, I have obtained a copy of Futures Past: on the semantics of historical time by Reinhart Koselleck (the most important German intellectual historian of the postwar period according to the publisher but lacking an article in the english language Wikipedia). In addition I have ordered a copy of Critique and Crises: Enlightenment and the Pathogenesis of Modern Society. A forthcoming post here will outline what I think will be the relevance of Koselleck’s contribution to a discussion of critical sociology.

A brief note on ‘critical’ sociology.  Not all conceptions of sociology would claim to be critical. Given that much sociology attempted to model itself on an authoritative ‘received view’ model of the natural sciences which saw science as ‘value free’ knowledge that simply reported on or represented nature as it is, then this is all sociology as a science of society could (or at least should) do. My personal belief is that sociology is inherently critical in some sense but it is not necessarily self-evident what that sense is. Part of this argument rests on the claim that the ‘received view’ philosophy of science characterised above is simply wrong.