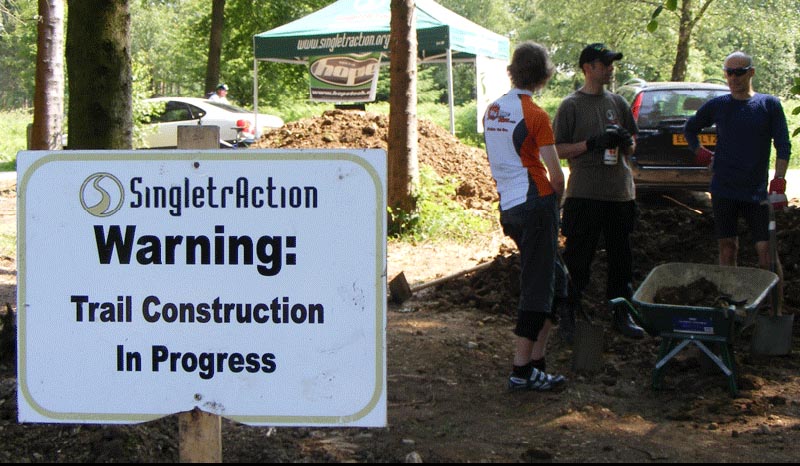 I had my first ride on my mountain bike yesterday morning, about an hour and 20 minutes total on a route through Calverley Woods and then along the canal to Shipley and back on the road. The wooded section was the hardest with very muddy climbs and descents and leaves covering tree roots and rocks. After several days heavy rain the ground in the woods was soaked and very muddy in areas. One difficulty I found is that the thick carpet of dead leaves made the surface look the same pretty well everywhere and covered up the tree roots and rocks. This was probably not the ideal time or place for a novice to have a first ride! I was very pleased with how the tyres and low gears coped with this. It would have been impossible on my hybrid. I didn’t actually fall off but stalled a couple of times in deep mud partly through lack of speed and partly lack of technique and confidence. The section at the bottom of the valley near the river – narrow winding rocky paths through mainly holly bushes – was particular muddy and difficult. After that the tow path to Shipley was doddle and much more stable and comfortable than on the hybrid. The climb on the road up to Thackley was slower than on the hyrbrid, not surprisingly, but no problem given the gearing of the bike. The descent to Greengates was also slower but I still managed 20+ without too much effort. Not really what the bike is built for I guess. Both me and the bike were absolutely blathered in mud – all part of the fun I suppose. I should have given the bike a wash straight away but was too tired and wet so did it this morning. Easy enough with a hose, some bike cleaner and brushes. I left the forks on the intermediate ‘trail’ setting for the ride as I didn’t feel what I did really qualified for the ‘downhill’ setting but I will try all these in due course to see what difference they make. I have begun to look for other routes in my area and it seems I live in a bit of a hotspot for off-road riding. I found this link on the BikeRadar forum with some useful information [Getting off-road in Bradford area]. One of the links goes to a map of a route called the Bingley Bash. Coincidently I was talking to our window cleaner, Darren, who is a keen mountain biker earlier this afternoon and he mentioned most of the places discussed in the forum including the Bingley Bash. Buck Woods and Dawsons Wood are both about 5 minutes ride from home, as is Calverley Woods so it looks like I have plenty to go at. Here is a video showing a group riding some of the Bingley Bash. They seem to great fun falling off and laughing at each other’s misfortune!