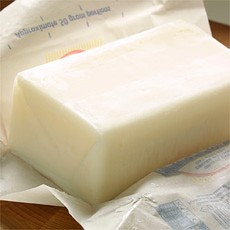 Since I started on this project to lose weight and get fitter through a change in eating and getting back on my bike I have so far lost 3 stone 1 lb. That is 39 x 500 gramme packets of lard. One thing that has surprised me a bit and which I found rather disconcerting, initially at least, was that a rather skinny individual was emerging as the blubber disappeared. I rather assumed I would begin to see something like the body shape I had in my 30s, or perhaps 40s. It is quite clear however that over the last 30 years or so (I’m 67 now) I have lost a fair bit of muscle and my arms and legs are quite a bit thinner than they used to be. This has been largely disguised by the build up of fat over the same period but is now becoming apparent. This probably partly explains the high fat percentage I had, round 40% last October, since my lean weight was going down at the same time that my fat weight was going up. It is now roundabout 31%, a lot better but a way to go to get into the 17% to 25% that is regarded as healthy for my age. I’m not quite sure what the calculation is but I guess I will need to lose another 18 lb or so to get down to the 25% upper limit. At present rate of progress this could be about the end of November.

As I’ve indicated in other posts, it looks like about 30% of my weight loss is down to the cycling and the other 70% due to changes in my eating habits. So diet has been the main factor. From the point of view of cycling for someone like me performance gains are usually down to losing weight and thus improving the power/weight ratio. In fact losing 3 stone even without getting any fitter would have improved my performance significantly even without any increase in fitness and power. But there is no doubt that, through the cycling, my fitness has improved significantly. My resting pulse is now 55 bpm (down from 75) and my blood pressure has come down to normal from being rather high. The long up hill drags that make up a large part of my regular local training runs are now ridden in slightly higher gears at a slightly faster speed, due both to weight loss and improved fitness. Nothing dramatic but encouraging signs of progress. So perhaps the fact that I have lost muscle bulk over the last 30 years or so is a small blessing in disguise. If I continue to lose weight and strengthen the muscles through cycling without putting any more muscle on I may improve a little more than I had expected. There are all sorts of well documented factors in the ageing process that lead to physical deterioration, limitations on heart and lung function, maximum power outputs, recovery times and so on. Perhaps a small off-set to this can be a changing body shape. As you get older you can get meaner and leaner. In fact changing body shape has been an increasingly important part of elite athletes’ training and dietary regimes and strategies in recent years. Bradley Wiggins’ strenuous efforts to shed a few kilogrammes in pursuit of Grand Tour success is well known. And of course a major factor in Lance Armstrong’s transformation from a Tour also ran to a 7 times winner (leaving aside other reasons) is the equally dramatic transformation in his body shape after cancer.