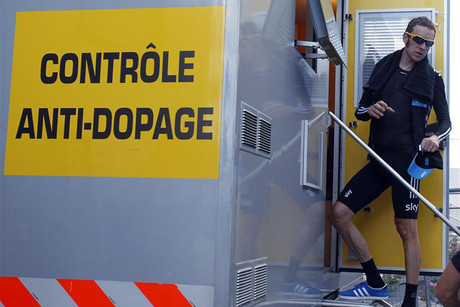 This was going to be a carefully considered opinion piece on the latest revelations about Lance Armstrong and the doping scandal. However, I’m not altogether sure what my opinion is. On reflection I’m probably more disappointed by the bare-faced lying than the actual doping which I see as just a point on a continuum of normal, or at least understandable, behaviour given the context.

Put together the heady mix of money, competition and markets and you will always get a striving for advantage. This striving can lead to innovation, cheating and illegality. Look at the world of commerce, finance and banking. Look at the way middle class parents who can afford it seek to give advantage to their children in education and the labour market. Look at cartels, price fixing, industrial espionage. Much of this behaviour lies on a continuum from fair and legal, to unfair and legal, to cheating and illegal. In sport generally and cycling in particular sponsors are looking to maximise their profits and will pay professional sportsmen handsomely to help achieve this by establishing and adding value to their brands and successfully competing for a greater market share. Professional cyclist and the wannabe top amateurs are competing more directly in another market; a labour market. Competition for success and sponsorship between pro cycling teams leads to innovation in training regimes based upon a better understanding of human physiology, the development of sports psychology and nutrition, advances in technology, and so on. In addition cyclists are in competition with one another to secure positions in the teams. Innovations are not regulated or sanctioned initially for obvious reasons (they’re new!) but some become seen as unfair and are banned and legislated against. For example blood doping (removing blood and re-transfusing it after the body has recovered and before an important event) was not made illegal by the International Olympic Committee until 1985 although it probably started in the 1970s. Blood doping was used by the military (documented cases for USA and Australia) before critical missions. To quote a senior nutritionist involved,  “What we are trying to gain is an advantage over any potential adversary”. According to Wikipedia, after the 1984 Olympics it was revealed that one-third of the U.S. cycling team had received blood transfusions before the games at which they won nine medals. Seems the Americans have a bit of a track record for this! They are, of course, not alone.

The point about blood doping is that it increase the percentage of blood made up of the red oxygen carrying cells. This increases power output and stamina significantly and helps with the problem of lactic acid build up in the muscles. This percentage of red blood cells is referred to as the hematocrit. I understand that between 35% and 45% is normal but this varies quite a lot between the sexes and individuals. Apart from natural genetic variation it tends to be higher for people that habitually live at high altitude (hence the benefits for lowlanders to train at altitude). It can be increased by injecting pharmacological  EPO, which is otherwise a naturally occurring hormone in the body that affects red blood cell production. For the purposes of regulating and testing for blood doping the International Cycling Union set the limit for hematocrit at 50%. One problem with setting the 50% limit, pointed out by Graeme Fife in his book about the Tour De France, is that given there is not yet a reliable test to distinguish between your own naturally occurring EPO and introduced  pharmaceutical EPO, this implies the use of EPO up to that limit is OK. It becomes a level to be achieved, the de facto and default level. Consider two competing athletes of identical performance, one with a natural hematocrit of 48% and one with 40%. Clearly there is no advantage in taking EPO for the first individual but a considerable performance enhancing affect for the second. EPO taken by the second athlete would cancel out the genetic advantage of the first athlete. Is this fair? Should it be seen as cheating? If so perhaps altitude training should be banned as well. After all, it allows athletes (or their teams) with the money to set up training camps specifically designed to enhance their genetic baseline abilities in comparison with individuals and teams that cannot afford to do this. The same goes for the use of oxygen depleted training chambers. Those with the wealth can afford to develop legal means to enhance performance instead of the cheaper, accessible, perhaps more democratic (!?) illegal means. A lot of other teams have been complaining about the amount of money Team GB and Sky are able to put into equipment, support, management and their training programmes and are saying that, at the very least, this is giving them an unfair advantage.

This has always been a problem in sport. In the 60s and 70s me and my mates would ride up to 50 miles to Sunday morning time trial events to compete, setting off as early as 3.00am sometimes. Most TTs started about 6.00am then so a full field of 120 riders, leaving at minute intervals, could all be on the road by 8.00am. If it was a 25 mile TT then the last rider should cross the finishing line no later than, say, 9.15 before the traffic begins to build up. On the other hand competitors with cars, or parents with cars, would arrive nice and warm and fresh often producing a set of rollers from the boot to warm up on. We would probably be riding the same all purpose tubs on all purpose wheels we used for everything – TTs, track and road races – and they would have expensive Clement silks on light weight radically spoked or disk wheels specifically designed for TTs. They would have the latest tight fitting super smooth racing gear while we still wore the old fashioned woolen racing shorts and cotton racing jerseys. As in so many other walks of life genes plus bank balance, all else being equal, will nearly always beat genes with no money. Another bone of contention is that some of the riders we were up against where full-time riders on unemployment benefit. These were referred to as state sponsored shamateurs. This was the source of a serious family rift between Beryl Burton and her daughter Denise. Denise, training full time on the dole, eventually began to beat her mum who ran a home and worked full-time. Beryl saw this as cheating and said so!

There is an interesting quote from the USADA Report on Allegations Against Lance Armstrong that came out a couple of days ago.

“The USPS Team doping conspiracy was professionally designed to groom and pressure athletes to use dangerous drugs, to evade detection, to ensure its secrecy and ultimately gain an unfair competitive advantage through superior doping practices”.

Now that Armstrong has had his 7 yellow jerseys taken from him, are all the 2nd place men declared winners? Ulrich is not interested, perhaps for obvious reasons. How far down the final classification for each year will we have to go to find the clean overall winner, and the winners of the green, white and polka dot jerseys? This is simply not possible Given that it is likely that most of the main contenders were also ‘preparing’ for the Tour, in the main most years have probably been a reasonably fair fight. I would be in favour of letting all the results stand and just designating those years as pharmacologically assisted. In addition why not legalise EPO and regulate its use through licensed and certified doctors?  Having said that, my preference would definitely be for a completely ‘clean’ sport. But for it to be also a fair sport are their other aspects that would need to be regulate, perhaps other forms of wealth based performance enhancements?

PS 13th October 2012. Just spotted this in the Independent this morning Why don’t we legalise doping? I’m not sure if this is serious or tongue in cheek.

1 thought on “Markets, money and genes”